What Are The Latest Trends in Lip Augmentation? 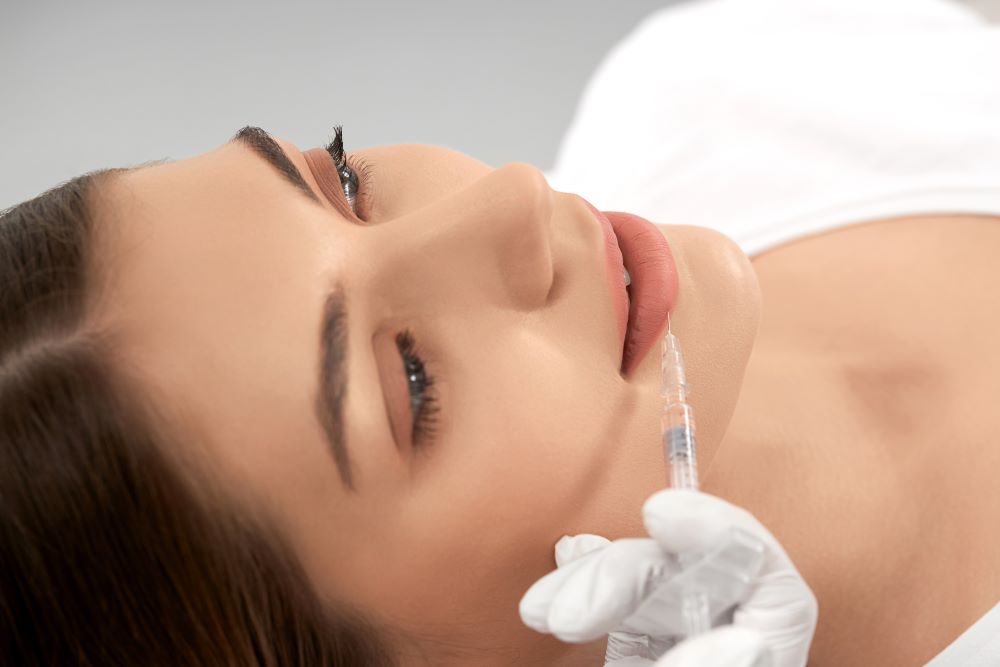 The popularity of cosmetic surgery has dramatically changed and the procedure is straightforward and efficient. The increasing demand for lip fillings has prompted a broad variety of options for the patient who wishes the procedure to have a more natural, bigger, poutier, and higher projected ratio. The latest trends in lip augmentation have a lot to offer.

The medical aesthetic industry must take advantage of the changes in demand. Old procedures are adapted and combined with new techniques and are created to provide desired looks and new product lines for lip augmentation.

What’s The Deal With Lip Fillers?

Lip Augments are becoming a necessity for a lot more people, particularly social media experts. Fuller lips give a more aesthetically pleasing appearance. It is also possible that a fuller lips shape improves the appearance of the whole face, reduces creases on lips, and can make the appearance of a younger person. If you are looking for lip fillers for a tighter face, you may have a good reason to go ahead. Before discussing the most promising lip fillers trends, we must know that lip augmentations are nothing new.

Cosmetic lip fillers have gained a lot of recognition in recent years and accounted for around 60% growth. In this expansion varying lip styles and techniques have appeared that can gain or lose popularity depending on how popular a celebrity or influencer’s style appears right now.

Those pouting lips are certainly trendy now that Kylie Jenner has gained popularity with a more popular look and Angelina Jolie fans want to see themselves more like their favorite celebrity. During her second season, Kylie shocked fans and had her lip fillers removed. Many people believed that lip fillers might stop being popular because celebrity trends drove their popularity. Is that correct? Is it possible that celebrity opinions on plastic surgeries can affect our lives?

The Future of Lip Fillers

How does lip filler work? Lip enhancement never ends with just lip fillers. Hyaluronate fillers are very popular. They are fast and simple to perform at a very low cost. Those products are a good alternative that offers a natural look to enhance the appearance of lips and improve the appearance of the face as a whole. Since Kylie Jenner stopped using lip fillers, the cosmetics giant still sees patients at the cosmetic surgery center for lip enhancements. Instead of long, pouty lips, the girls seek out more modest looks.

The Keyhole Pout trend has existed since the 1950s. You probably remember the Instagram video where the patients held the stick to their mouths while the injection was filling the surrounding area. The idea of making angelic-like lips was to have a keyhole in the center. Current models and celebrities have shown some amazing examples of those who attempted this type of lip filling.

Cherry lip techniques are a more recent trend. This may come from an interest in an attractive natural outcome, but in the case of an unsuitable client, it may look wrong. Instead of spreading fillers around the lips, the cherry lip approach is targeted to accentuate the middle lip as well as the lower lips. Consider two cherries on your top lip and two on the bottom. The technique may look great on patients whose anatomy has already resembled the above illustration. But such treatment should not occur to patients whose natural anatomy has not yet mimicked that pattern.

The procedure focuses mainly on filling the two tubers on each side of the top lips and defining the chin with micro insertions. This method aims towards creating an enhanced bow to the lip but leaves the central tubercle somewhat intact. Is there anything wrong? If that’s what your normal anatomy looks like, cupid’s bow technique is a good option for you. Rihanna has often been mentioned during a recent discussion about cupids’ bow fillers.

Russian lip style is probably the most requested look in many cosmetic surgery practices and is also quite controversial. Experts aren’t totally sure how it was created or how it actually ended up, but they know it has its own story. The Russian lips method consists mainly of microinjection targeting the vermillion border. In Russian lips, the goal is not merely to increase lip width but to increase vertical depth and lip contouring. The difficulty however has arisen with overly crisp, very unnatural Vermilion border designs.

Many patients are concerned about their treatment after many celebrities decided to stop filling their lips. Are there positive things to say about it? It’s rare. The majority of our patients love the look. In some cases, the fillers fade over several months, and most patients with severe hyaluronic acid problems discontinue fillers. It can be done easily using a simple enzyme injection.

The side effects of augmenting vary by type of surgery, because individual patients want different outcomes. A few people want an enhanced lip because they have a little smaller lip and they want a bit of a larger lip. It’s an easy enhancement because almost every young adult has a good shape of lips. Many other patients have more demanding requirements that experienced injectors are able to accommodate. Any asymmetry is corrected. The ratio between the top lip and the bottom lip can be altered the shape can be altered if needed. Projections are altered as well.

The Best Fillers For Lip Enhancement

Fillers have been a big trend in plastic surgery in recent years. This creates many filler options. Some lip enhancement fillers can make a good alternative for lip enhancement as a whole. Lips can not be altered easily, so the traditional filling is less effective on lips. The most powerful manufacturers of hyaluronic acid fillers have created special formulations to be used for the lips. The most common formulation of Juvederm and Volbella is Restylane Silk. These fillers usually last over six months and provide a natural look of size.

Is It Worth the Possibility of Something Going Wrong?

Celebrities have started the trend of plastic surgery enhancements in the lips region and the result is that more females are starting to get full lip augmentation but it will have varying outcomes. Temporary lip-sculpting cosmetics were on everyone’s radar back in the day. Around the same time, physicians began testing injectable bovine collagen to enhance lips. People have an idea of how it looks and how they are able to mimic substances within their bodies.

Protocols to be Followed for the Patient’s Safety

Synthetic lip filler is commonly acceptable for numerous cases when administered by a qualified, highly skilled injector who has an understanding of injecting danger zones as well as differences in skin anatomy. Sanitation, sterilization, and other effective treatments for injected drugs are increasingly essential for the consumer and insurer. In lip pop-ups, the lack of skilled doctors and the lack of proper screening and sterilization are one of the main causes.

Cosmetic injections help create facial balance and also include cheeks that match your face. Lip filler trends are predicting consumers will be especially cautious when using dermal fillers because they leave individuals with grotesque lips but they don’t want them to look fuller or rounded.

The lip filler trend has become fairly popular despite the fact that many celebrities are not backing off from such procedures. As technology advances, the procedures are becoming safer resulting in more people opting for them. People with thin lips find shame in having such facial features and turn to lip trends. Lip augmentation is generally a safe procedure provided that the experts you consult guide you properly. Every kind of lip augmentation technique is not right for everyone. Hence, following such plastic surgery trends you must consult the right clinic that can recommend you the right procedure for your facial cutout.

Dr. Jim Brantner’s Plastic Surgery Clinic provides high-end state-of-the-art lip augmentation techniques that will help you regain your natural and sharp looks. We use the best tools that provide precision and accuracy. We also provide Eyelid surgery, rhinoplasty, and breast surgeries. At our clinic, you are more than just a patient, you are family. We keep our patients in the loop regarding their procedure so there are no occurring doubts. Contact us today and book an appointment!