Is Vaping as Bad as Smoking?

Cigarettes and surgery are longtime foes. Surgery seeks to improve the patient’s health and appearance through reconstructive or elective procedures, while cigarettes lead to aging, healing complications and, in some cases, cancer. But what are the risks and benefits of the mediator between smokers and healthcare professionals: vaping? 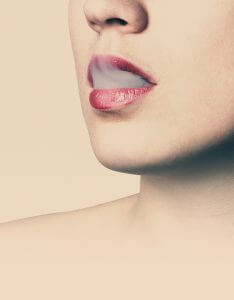 The use of e-cigarettes, more commonly known as “vaping,” is becoming increasingly popular in response to the proven negative effects of traditional smoking. Vapers inhale a flavored vapor that contains a lower nicotine content than old school cigarettes. Vaping also removes smoke inhalation from the equation. While it’s not as healthy as abstaining altogether, vaping involves fewer health risks than smoking tobacco. And e-cigarettes can also help smokers quit, allowing their bodies adjust to lower levels of nicotine.

When smoking and surgery mix, they put the life of the patient at risk. Smoking can lead to serious complications, both during surgery and during the healing process. Does vaping have the same risks, or is vaping before surgery acceptable?

As they seek more information about the health risks of vaping, the FDA has placed it on par with tobacco use. Medical researchers are still analyzing the long term effects of vaping on the body. But one thing is clear: because of the nicotine content, vaping may cause vasoconstriction (reduced blood flow), which can lead to skin flap failure in surgical procedures. Doctors recommend vapers follow the same rules as traditional smokers before a procedure: stop vaping 4-6 weeks before surgery (or at the recommendation of your doctor).

Are you considering cosmetic surgery in East Tennessee? Call Plastic and Reconstructive Surgery to schedule a consultation.